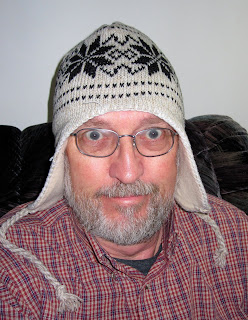 Testing the new Christmas present. (the camera, stupid - not the hat!)

A happy Scarborough Dude gears up for the holiday season. 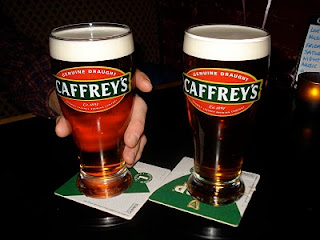 The Scarborough Dude pisses on the Olympic Torch by mistake. Plus the usual rants & raves eh.

Special Thanks to James and Dave of Two Schooners Podcast for permission to borrow some of their shitty audio eh! Cheers mates!
Posted by Scarborough Dude at Thursday, December 17, 2009 9 comments: 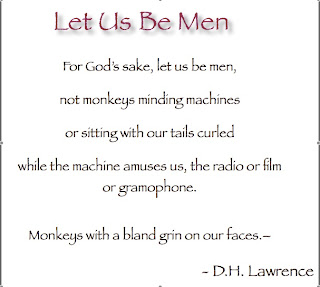 The Scarborough Dude manages once again to stuff thousands of words into another hour of your precious time.

December 8, 2006
by Yoko Ono Lennon
December 8th is near again. Every year, on this day, I hear from many people from all over the world who remember my husband, John Lennon, and his message of peace. They write to tell me they are thinking of John on this day and how he was shot and killed at the prime of his life, at age 40, when he had so much life ahead of him.

Thank you for your undying love for John and also for your concern for me on this tragic anniversary. This year, though, on December 8th, while we remember John, I would also like us to focus on sending the following messages to the millions of people suffering around the world:


Know that your loss is our loss.  Know that the physical and mental abuse you have endured will have a lingering effect on our society, and the world.  Know that the burden is ours.

As the widow of one who was killed by an act of violence, I don’t know if I am ready yet to forgive the one who pulled the trigger. I am sure all victims of violent crimes feel as I do. But healing is what is urgently needed now in the world.

Let’s heal the wounds together.

Every year, let’s make December 8th the day to ask for forgiveness from those who suffered the insufferable. Let’s wish strongly that one day we will be able to say that we healed ourselves, and by healing ourselves, we healed the world. 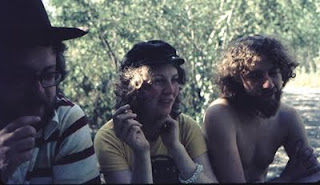 In the photo: The Accountant, the Babe, and Barnacle Bill- all seriously hungover after a long night at Diamond Tooth Gerties in Dawson City, Yukon.
The Scarborough Dude thinks there are way too many wussies out there.
Years: 1975 and 1984
Music:
Oh Yeah - Yello
My Pony Won't Go - Gordon Lightfoot - Old Dan's Records
Posted by Scarborough Dude at Sunday, December 06, 2009 5 comments: