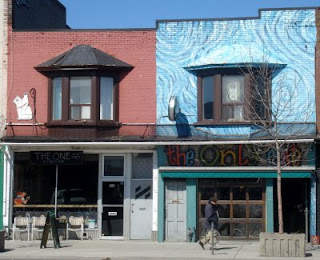 The Scarborough Dude apparently has no ense of humour. 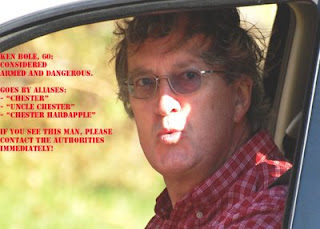 Looking for a great place to buy audio gear, like a Zoom H2 or the Olmpus LS 10? Check out trewaudio!
Posted by Scarborough Dude at Monday, March 23, 2009 12 comments:

The Scarborough Dude tries to get exclusive inside scoops in his talk with Tim Coyne of the Hollywood Podcast.

NOTE: This podcast was released ahead of schedule due to the unusually large number of podcasts Mr. Coyne has been appearing on lately. It was feared that the exclusive inside story on Tim's 'Chuck' television appearance might soon turn up in another half dozen shows, so here it is now. Remember, you heard it hear first - I mean second, or maybe third or forth - but hey it's still fresh - check it out!

Go straight to the horse's mouth: The Hollywood Podcast

The Scarborough Dude buckles down and does some work, but still manages to tie one on.

Posted by Scarborough Dude at Tuesday, March 03, 2009 No comments: